A clean and classic look packed with new technology gives these irons unprecedented forgiveness and distance. Perfect for both intermediate and scratch players alike.

Built with forged iron, the engineers at TaylorMade put a hollow cavity within the clubhead. Then they injected what they call “Speedfoam” into the vacant cavity. This substance (Unknown to Us) provides the most forgiving iron I have ever hit.

Without sacrificing support, the Speedfoam sits behind the thinnest clubface ever constructed at 1.75mm. Though ball speed increases, the forgiveness of the TaylorMade P790 Irons is far superior than the competition.

I was getting quality backspin and “bite” on every shot that hit the green, which has proven rare in my standard game.

Within the first couple shots I felt the ball getting up higher, after a lower launch angle, and travelling visibly further.

The feel of the P790 Irons is incomparable to other irons I have hit throughout my career.

The added distance I was getting each shot was a treat. The irons have tungsten weights that are positioned perfectly to create a higher moment of inertia.

This means that the center of gravity is in the sweet spot giving you great rhythm each swing.

I have been loyal to Cobra Brand Irons for the better part of my golf career, however the P790 Irons have converted me to TaylorMade.

Considerably lower launch and spin-off the clubface. Distance wise they are night and day so I will be spending some additional time on the range to hone them in. The TaylorMade P790s get the Golf Legends Perfect 10/10 Rating!

Though I am a big proponent on bashing prices, these irons are worth every penny. Starting at $1,299 they are available in both regular and stiff flex steel, as well as, graphite shafts options. 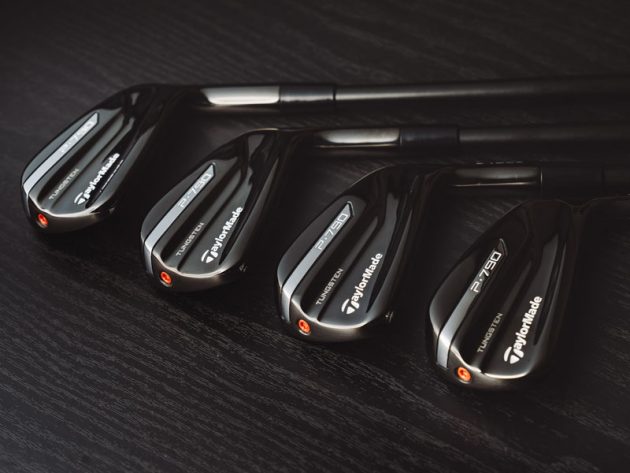 They are also available in black, which is a change of pace for an iron set.

Personally I think the black looks great but it was too different from what I’m used to, to change from the traditional look. I recommend trying both.